Building your brand in China

Building your brand in China

Helmuth Hennig of Jebsen China explains how to get the attention and loyalty of the Chinese consumer.

Six steps to building a brand in China

Chinese consumers have never had more choice. So how do you get the attention ­– and the loyalty ­– of a market inundated with new products? Helmuth Hennig, Group Managing Director of Jebsen China – the marketing and distribution company that successfully launched Porsche, Blue Girl Beer and Dyson to the China market – lays some ground rules.

Focus on your uniqueness

The consumer market opened about ten years ago, with a flood of brands entering China. Consumers have been faced with new product choices on a continuous basis, so there’s been very little opportunity for them to interact with brands over a longer period. There’s always something new, something more exciting around the corner.

Every segment in China already has established competition. Dyson, for example, was entering a category with global and local competitors who had been in the marketplace for a longer period. They played on exactly the same strengths that they use elsewhere – the uniqueness of the concept, their ability to look at the same problem and come up with a different solution. You have to hammer home a consistent message time and time again to establish yourself, and that means using all the marketing and sales tools you would use in other countries.

How does a Chinese consumer know that what a company is saying is true, and not just something concocted to launch a product? Consumers have endless opportunity to look at competitors’ products, and that means they can move away from you very quickly if their expectations aren’t met. Getting attention is one thing, but to maintain that interest, you need to differentiate. And truth is the best differentiator.

You need to think about your heritage, your unique technical capabilities or your ability to come up with new solutions. Give the consumer the truth of what your product is and maintain that statement over the long-term.

Put in time as well as money

How committed are you to getting into China? Are you willing to put not only your product into the marketplace but also sustain the investment it needs? A lot of companies feel there’s space in the China market for them simply because they aren’t there. What they don’t realise is that many other people are already there, and many of them are competitors they’ve never heard of –Chinese companies, for example, who don’t export.

If you’re not innovative or truly different, you have to consider whether you’re capable of playing in an environment where there are similar products, almost certainly cheaper than yours.

It’s not impossible, but it takes commitment. The idea that there are quick wins for consumer products in the China market may have had some truth early on, but that’s over. Now it’s about being willing to sustain an investment in brand-building and marketing for the long run.

China is truly a continental market. It’s more like the US in that there are huge disparities between regions from an income perspective and in terms of preferences. You need to establish the best market for your product. It could be the more developed coastal areas and along the Yangtze river, where most of the wealth is situated; or you might be interested in markets outside those areas because your competitors aren’t. Will you be targeting consumers who live in areas of continental climate, or the more tropical south? Are you interested in places that are more industrialised?

Just as there’s no single China, there’s no single Chinese consumer, but general aspirations are the same as most places in the world – brands that live up to expectations, value for money, products that say something about the user. There are important differences, however. Many of the people who are buying products in China today (especially imported products) are doing so for the first time in their lives. What makes them move to buy a brand that they’ve only heard of rather than something they’re familiar with? Getting answers to this question is fundamental to positioning and building a brand.

Put in the legwork

Theoretical background isn’t enough; you need either a distribution partner or to send your own people in – and not just for a couple of days or weeks to Shanghai or Beijing. To understand the market, you have to have people on the ground putting in the legwork.

We’ve seen how decisions are taken on gut feeling. A company feels there just has to be a market and an opportunity because they have a great product, and ends up disappointed when things don’t work out. Putting in the knowledge-building work is no guarantee of success, but it does lay the foundation for better decisions. 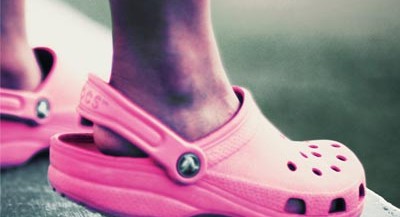 To Build a Brand In China

To Build a Brand In China